Castro Valley is a friendly, peaceful unincorporated town, located in the heart of the greater Bay Area It was named after Don Guillermo Castro, who was a soldier in the Mexican army and a rancher. First known for chicken ranches, Castro Valley eventually became a bedroom community. A bit of history of Castro Valley from mycastrovalley.com.

Henry Thomford (Lucille Lorge’s great-grandfather) opened what was probably the first business in Castro Valley. It was known as the Exchange located on the corner of Grove Way and Redwood Road (where the Presbyterian Church now stands). He figured that both the drivers who drove the dusty Dublin Road from the Livermore Valley and their horses would want to stop for a drink on there way to the stockyards and markets in San Francisco.

Old Town Castro Valley is at the west end of Castro Valley Boulevard. It looks much the same today as in did once. The boulevard was then called Mattox Road (until the 1920s).

A most notable period in Castro Valley’s history began in the 1900s, with the ranching of chickens. At this time there were only 373 families living in 57 homes with many of the residents of Portugese or German heritage.

In the 1960’s, tracts were springing up at the end of WWII, and the once know orchards and open fields were filled with homes.

Search by Address or MLS ID 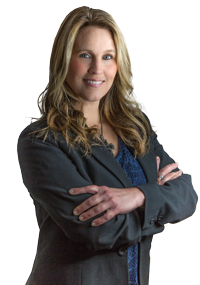 Finding your dream home or finding a buyer is only part of the challenge of a successful transaction. There are many details that need to be managed through closing. Michelle at Tucker Associates brings the depth and breadth of skills and experience required to ensure your transactions go smoothly. My commitment is to provide you the quality of service and communication you desire and deserve.

Sign up for market insider reports -click HERE for the FREE REPORT and signup or create your own market reports with your specific neighborhood information.  Emailed to you daily, or monthly - your choice!

Compare
You can only compare 4 properties, any new property added will replace the first one from the comparison.

Owning a home is a keystone of wealth… both financial affluence and emotional security.